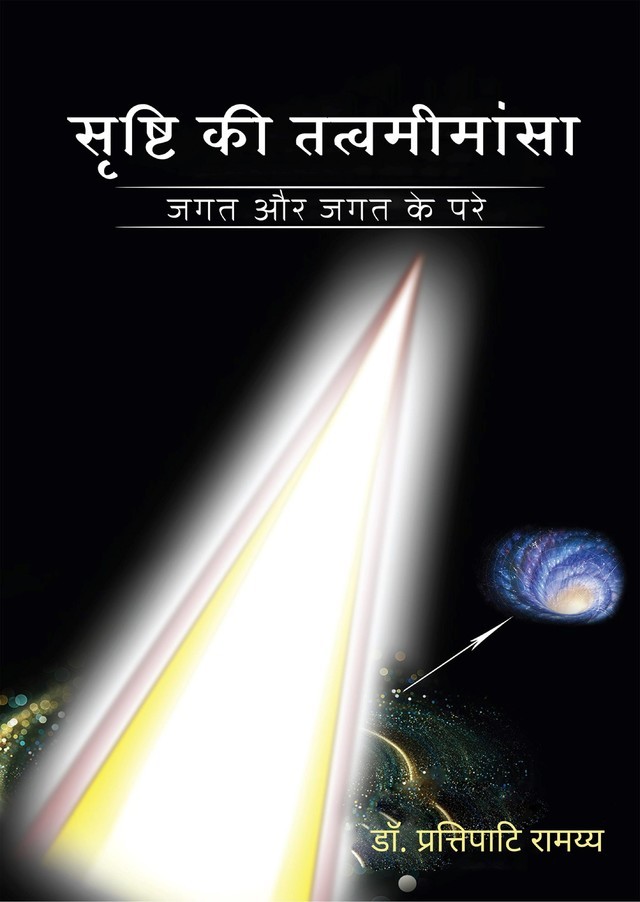 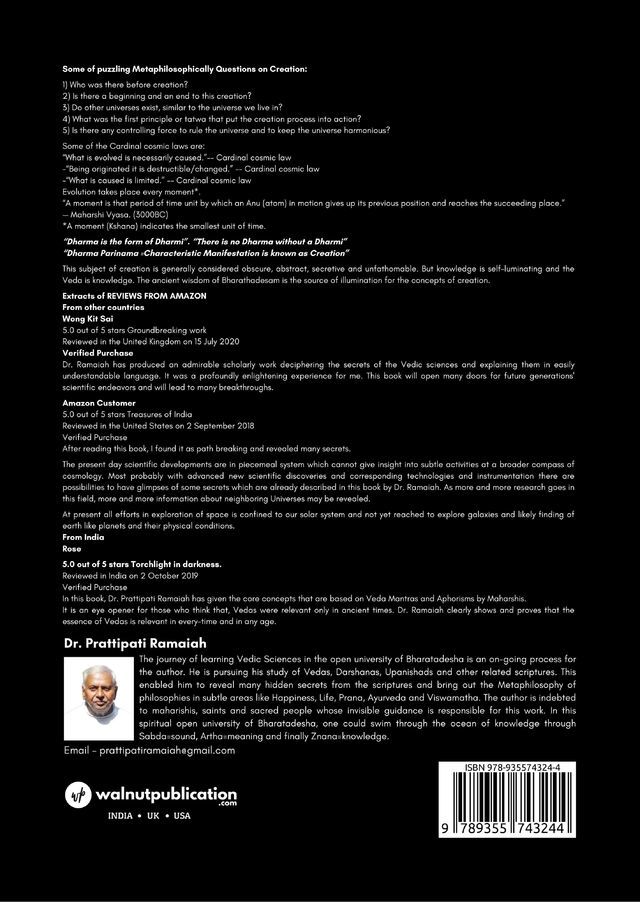 Metaphilosophy of Creation Cosmos and Beyond Cosmos

Some of puzzling Metaphilosophically Questions on Creation:

1) Who was there before creation?

2) Is there a beginning and an end to this creation?

3) Do other universes exist, similar to the universe we live in?

4) What was the first principle or tatwa that put the creation process into action?

Some of the Cardinal cosmic laws are:

“What is evolved is necessarily caused.”-- Cardinal cosmic law

-“Being originated it is destructible/changed.” -- Cardinal cosmic law

-“What is caused is limited.” -- Cardinal cosmic law

“A moment is that period of time unit by which an Anu (atom) in motion gives up its previous position and reaches the succeeding place.”

*A moment (Kshana) indicates the smallest unit of time.

“Dharma is the form of Dharmi”. “There is no Dharma without a Dharmi”

This subject of creation is generally considered obscure, abstract, secretive and unfathomable. But knowledge is self-luminating and the Veda is knowledge. The ancient wisdom of Bharathadesam is the source of illumination for the concepts of creation.

Extracts of REVIEWS FROM AMAZON

5.0 out of 5 stars Groundbreaking work

Dr. Ramaiah has produced an admirable scholarly work deciphering the secrets of the Vedic sciences and explaining them in easily understandable language. It was a profoundly enlightening experience for me. This book will open many doors for future generations' scientific endeavors and will lead to many breakthroughs.

5.0 out of 5 stars Treasures of India

Reviewed in the United States on 2 September 2018

After reading this book, I found it as path breaking and revealed many secrets.

The present day scientific developments are in piecemeal system which cannot give insight into subtle activities at a broader compass of cosmology. Most probably with advanced new scientific discoveries and corresponding technologies and instrumentation there are possibilities to have glimpses of some secrets which are already described in this book by Dr. Ramaiah. As more and more research goes in this field, more and more information about neighboring Universes may be revealed.

At present all efforts in exploration of space is confined to our solar system and not yet reached to explore galaxies and likely finding of earth like planets and their physical conditions.

5.0 out of 5 stars Torchlight in darkness.

In this book, Dr. Prattipati Ramaiah has given the core concepts that are based on Veda Mantras and Aphorisms by Maharshis.

It is an eye opener for those who think that, Vedas were relevant only in ancient times. Dr. Ramaiah clearly shows and proves that the essence of Vedas is relevant in every-time and in any age. 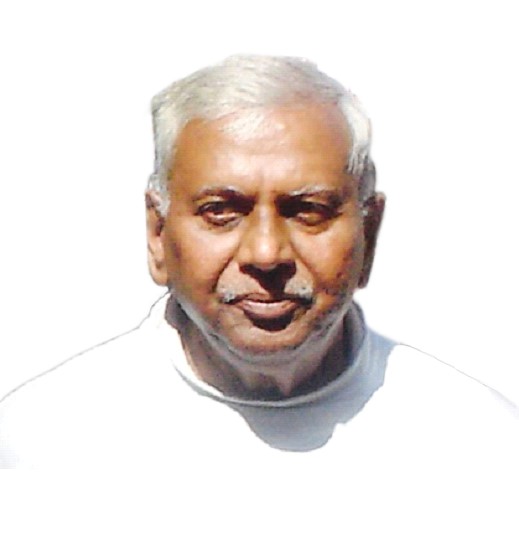 The journey of learning Vedic Sciences in the open university of Bharatadesha is an on-going process for the author. He is pursuing his study of Vedas, Darshanas, Upanishads and other related scriptures. This enabled him to reveal many hidden secrets from the scriptures and bring out the Metaphilosophy of philosophies in subtle areas like Happiness, Life, Prana, Ayurveda and Viswamatha. The author is indebted to maharishis, saints and sacred people whose invisible guidance is responsible for this work. In this spiritual open university of Bharatadesha, one could swim through the ocean of knowledge through Sabda=sound, Artha=meaning and finally Znana=knowledge.