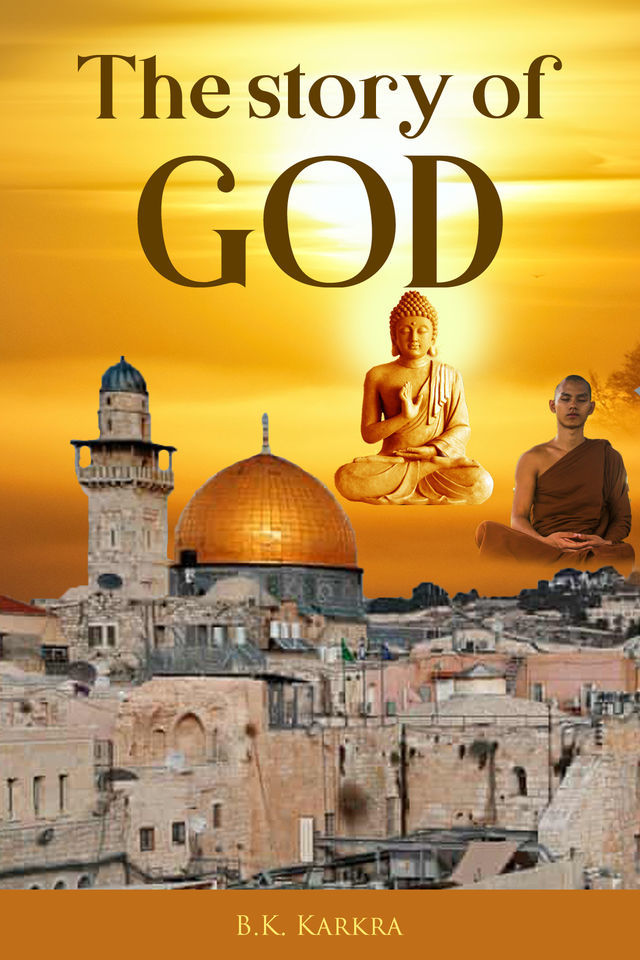 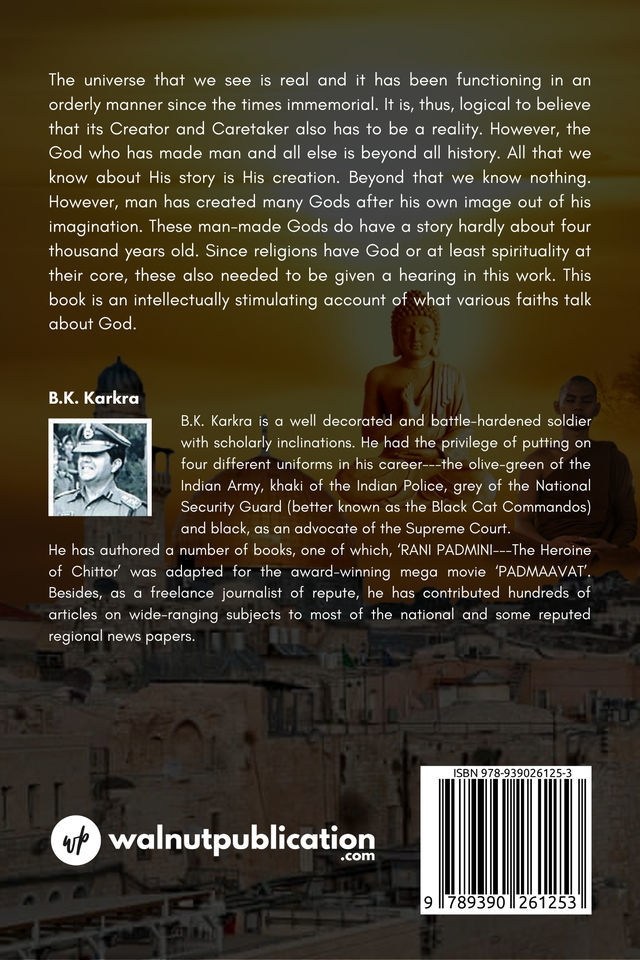 The universe that we see is real and it has been functioning in an orderly manner since the times immemorial. It is, thus, logical to believe that its Creator and Caretaker also has to be a reality. However, the God who has made man and all else is beyond all history. All that we know about His story is His creation. Beyond that we know nothing. However, man has created many Gods after his own image out of his imagination. These man-made Gods do have a story hardly about four thousand years old. Since religions have God or at least spirituality at their core, these also needed to be given a hearing in this work. This book is an intellectually stimulating account of what various faiths talk about God. 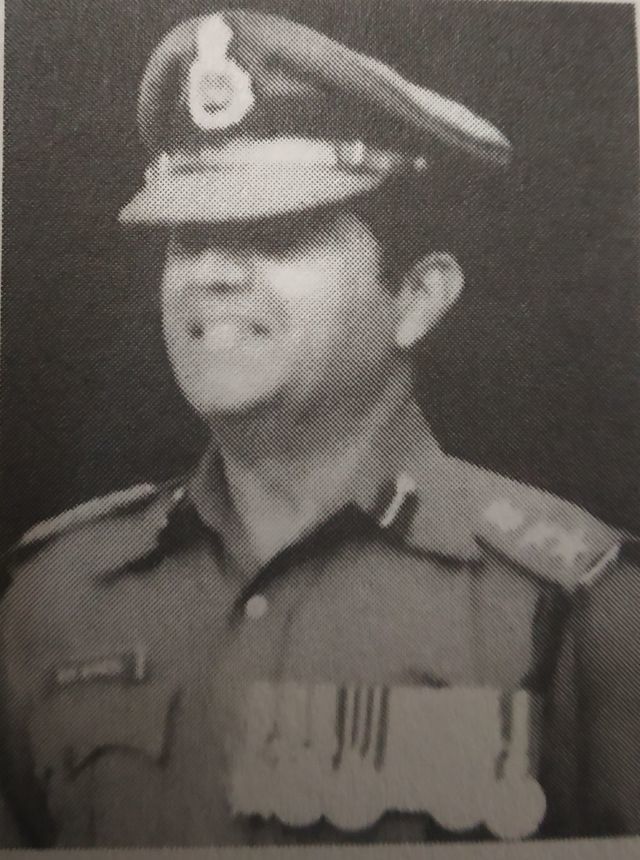 B.K. Karkra is a well-decorated soldier with scholarly inclinations. He had the privilege of putting on four different uniforms in his career - the olive green of the Indian Army, khaki of the Indian Police, grey of the National Security Guard (better known as the Black Cat Commandos) and black as the Supreme Court advocate.