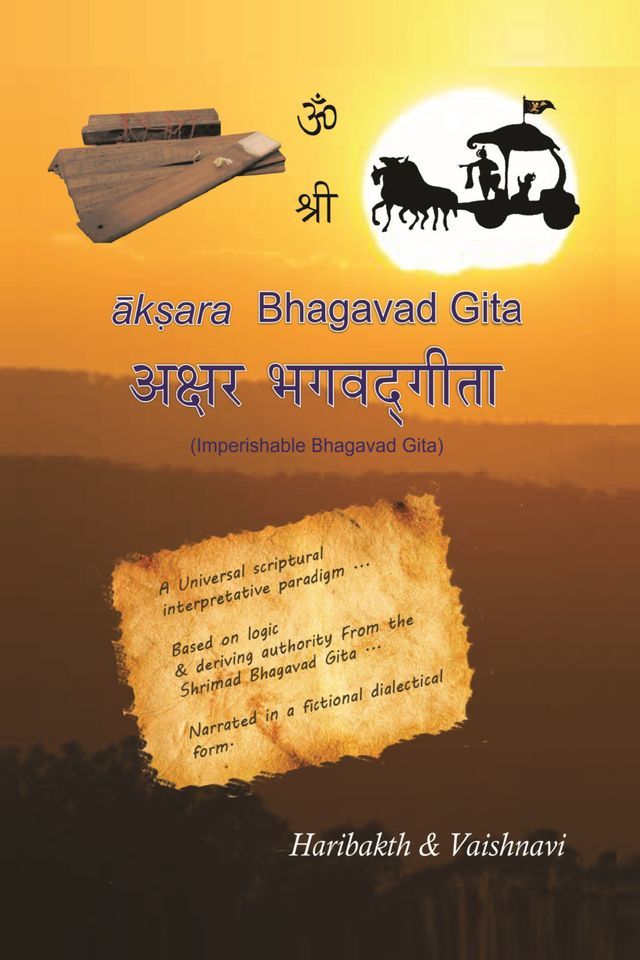 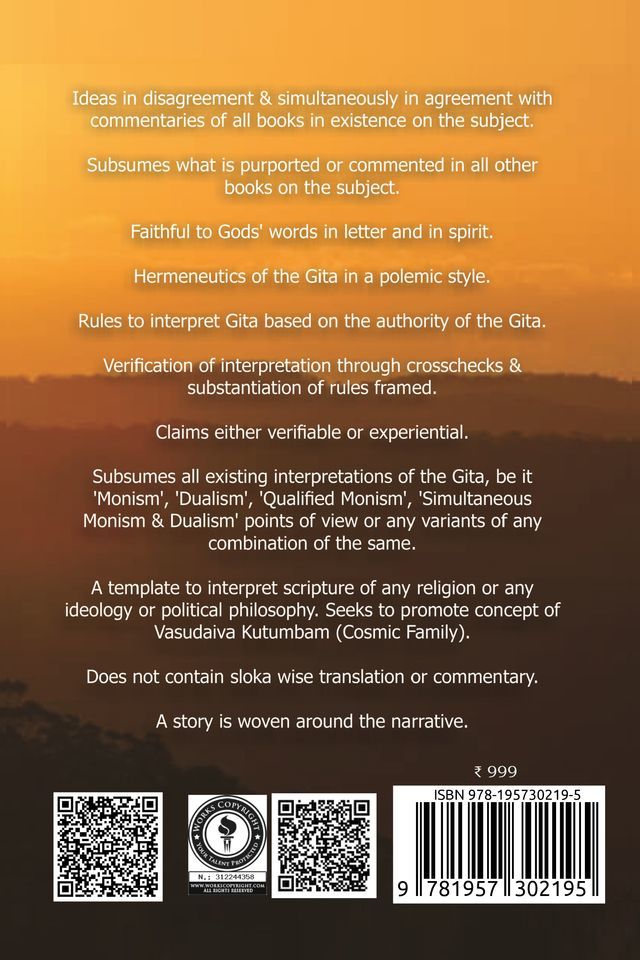 Ideas in disagreement & simultaneously in agreement with the commentaries of all the books in existence on the subject. Subsumes what is purported or commented upon in all other books on the subject. Faithful to God’s words in letter & spirit. Rules to interpret Gita based on logic and deriving authority from the Gita itself with substantiation thereof. Verification of interpretation through cross-checks, making Claims either verifiable or experiential. Subsumes all existing interpretations of the Gita, be it Monism, Dualism, Qualified Monism, Simultaneous Monism & Dualism points of view, or any variants of any combinations of the same. A template to interpret scripture of any religion, philosophy, or ideology. Seeks to promote the concept of Vasudaiva Kutumbam (Cosmic family) Narrated in a fictional dialectical style..