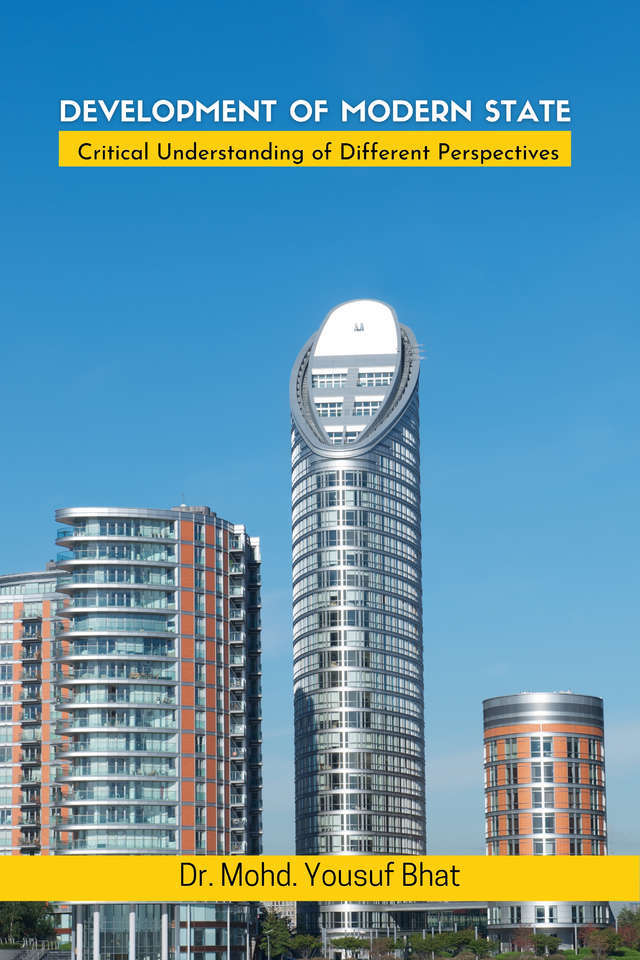 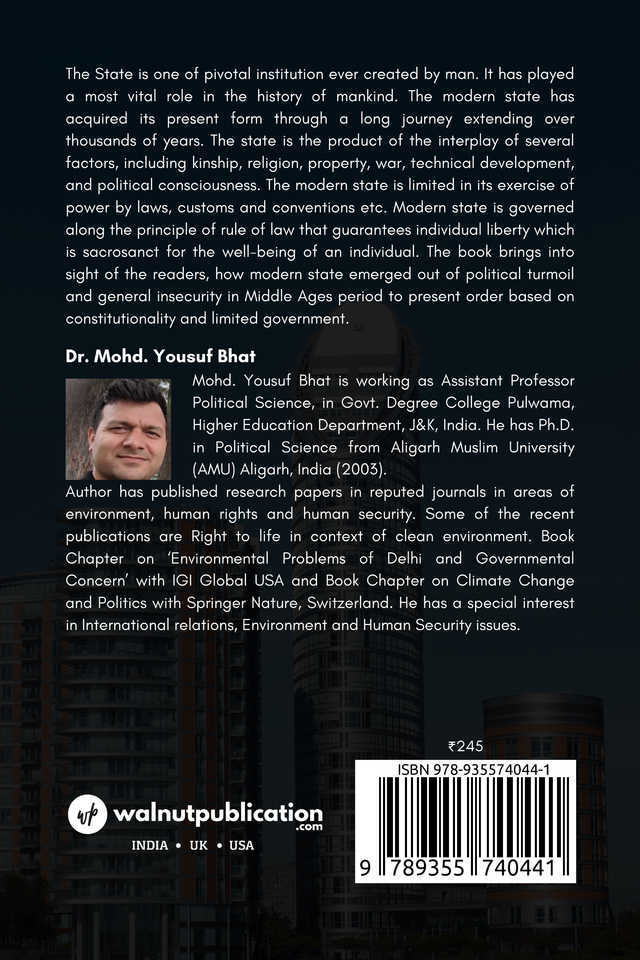 The State is one of pivotal institution ever created by man. It has played a most vital role in the history of mankind. The modern state has acquired its present form through a long journey extending over thousands of years. The state is the product of the interplay of several factors, including kinship, religion, property, war, technical development, and political consciousness. The modern state is limited in its exercise of power by laws, customs and conventions etc. Modern state is governed along the principle of rule of law that guarantees individual liberty which is sacrosanct for the well-being of an individual. The book brings into sight of the readers, how modern state emerged out of political turmoil and general insecurity in Middle Ages period to present order based on constitutionality and limited government. 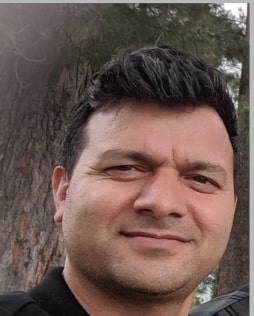 Mohd. Yousuf Bhat is working as Assistant Professor Political Science, in Govt. Degree College Pulwama, Higher Education Department, J&K, India. He has Ph.D. in Political Science from Aligarh Muslim University (AMU) Aligarh, India (2003). Author has published research papers in reputed journals in areas of environment, human rights and human security. Some of the recent publications are Right to life in context of clean environment. Book Chapter on ‘Environmental Problems of Delhi and Governmental Concern’ with IGI Global USA and Book Chapter on Climate Change and Politics with Springer Nature, USA. He has a special interest in International relations, Environment and Human Security issues.