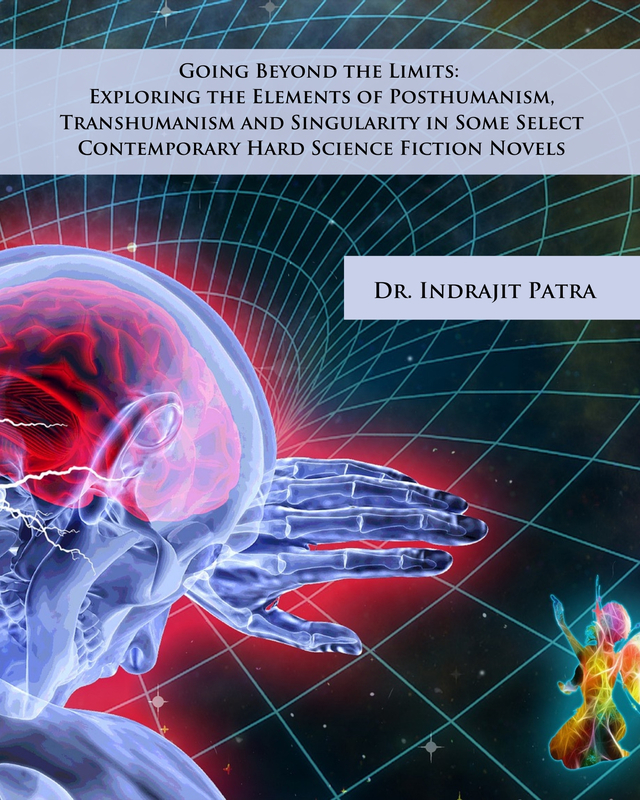 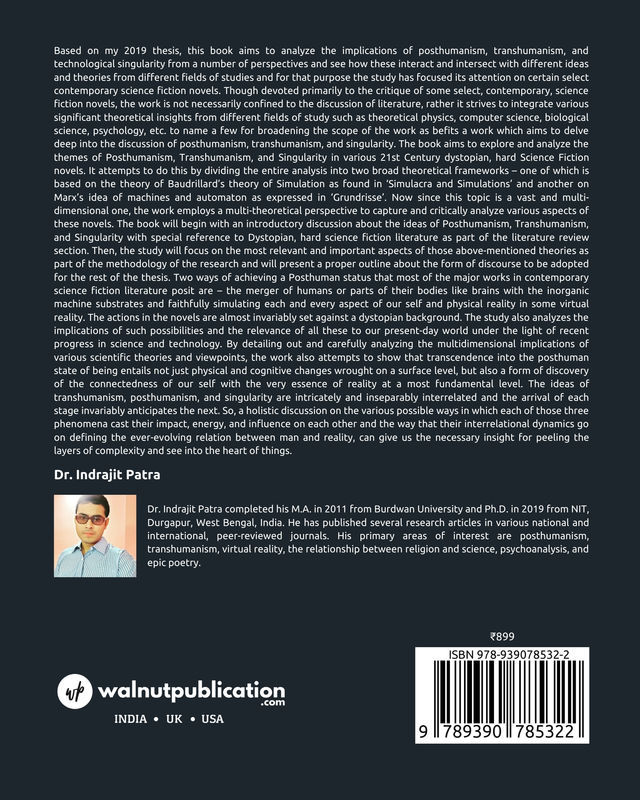 Going Beyond the Limits: Exploring the Elements of Posthumanism, Transhumanism and Singularity in Some Select Contemporary Hard Science Fiction Novels

Based on my 2019 thesis, this book aims to analyze the implications of posthumanism, transhumanism, and technological singularity from a number of perspectives and see how these interact and intersect with different ideas and theories from different fields of studies and for that purpose the study has focused its attention on certain select contemporary science fiction novels. Though devoted primarily to the critique of some select, contemporary, science fiction novels, the work is not necessarily confined to the discussion of literature, rather it strives to integrate various significant theoretical insights from different fields of study such as theoretical physics, computer science, biological science, psychology, etc. to name a few for broadening the scope of the work as befits a work which aims to delve deep into the discussion of posthumanism, transhumanism, and singularity. The book aims to explore and analyze the themes of Posthumanism, Transhumanism, and Singularity in various 21st Century dystopian, hard Science Fiction novels. It attempts to do this by dividing the entire analysis into two broad theoretical frameworks – one of which is based on the theory of Baudrillard’s theory of Simulation as found in ‘Simulacra and Simulations’ and another on Marx’s idea of machines and automaton as expressed in ‘Grundrisse’. Now since this topic is a vast and multi-dimensional one, the work employs a multi-theoretical perspective to capture and critically analyze various aspects of these novels. The book will begin with an introductory discussion about the ideas of Posthumanism, Transhumanism, and Singularity with special reference to Dystopian, hard science fiction literature as part of the literature review section. Then, the study will focus on the most relevant and important aspects of those above-mentioned theories as part of the methodology of the research and will present a proper outline about the form of discourse to be adopted for the rest of the thesis. Two ways of achieving a Posthuman status that most of the major works in contemporary science fiction literature posit are – the merger of humans or parts of their bodies like brains with the inorganic machine substrates and faithfully simulating each and every aspect of our self and physical reality in some virtual reality. The actions in the novels are almost invariably set against a dystopian background. The study also analyzes the implications of such possibilities and the relevance of all these to our present-day world under the light of recent progress in science and technology. By detailing out and carefully analyzing the multidimensional implications of various scientific theories and viewpoints, the work also attempts to show that transcendence into the posthuman state of being entails not just physical and cognitive changes wrought on a surface level, but also a form of discovery of the connectedness of our self with the very essence of reality at a most fundamental level. 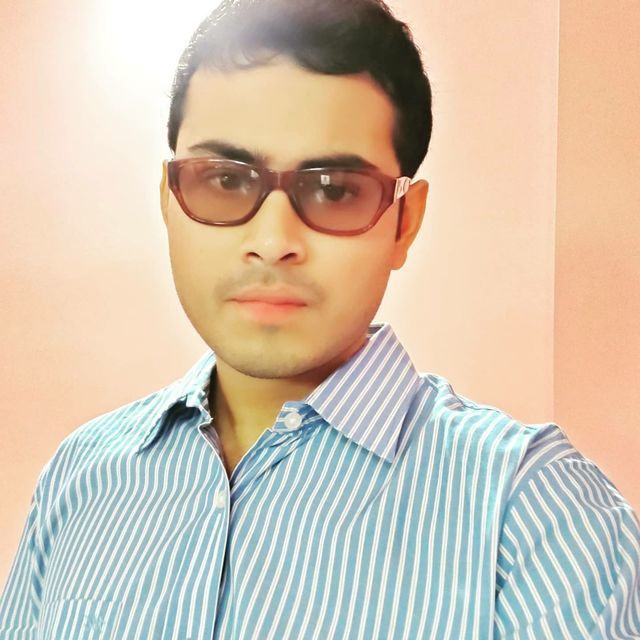 Dr. Indrajit Patra completed his M.A. in 2011 from Burdwan University and Ph.D. in 2019 from NIT, Durgapur, West Bengal, India. He has published several research articles in various national and international, peer-reviewed journals. His primary areas of interest are posthumanism, transhumanism, virtual reality, the relationship between religion and science, psychoanalysis, and epic poetry.