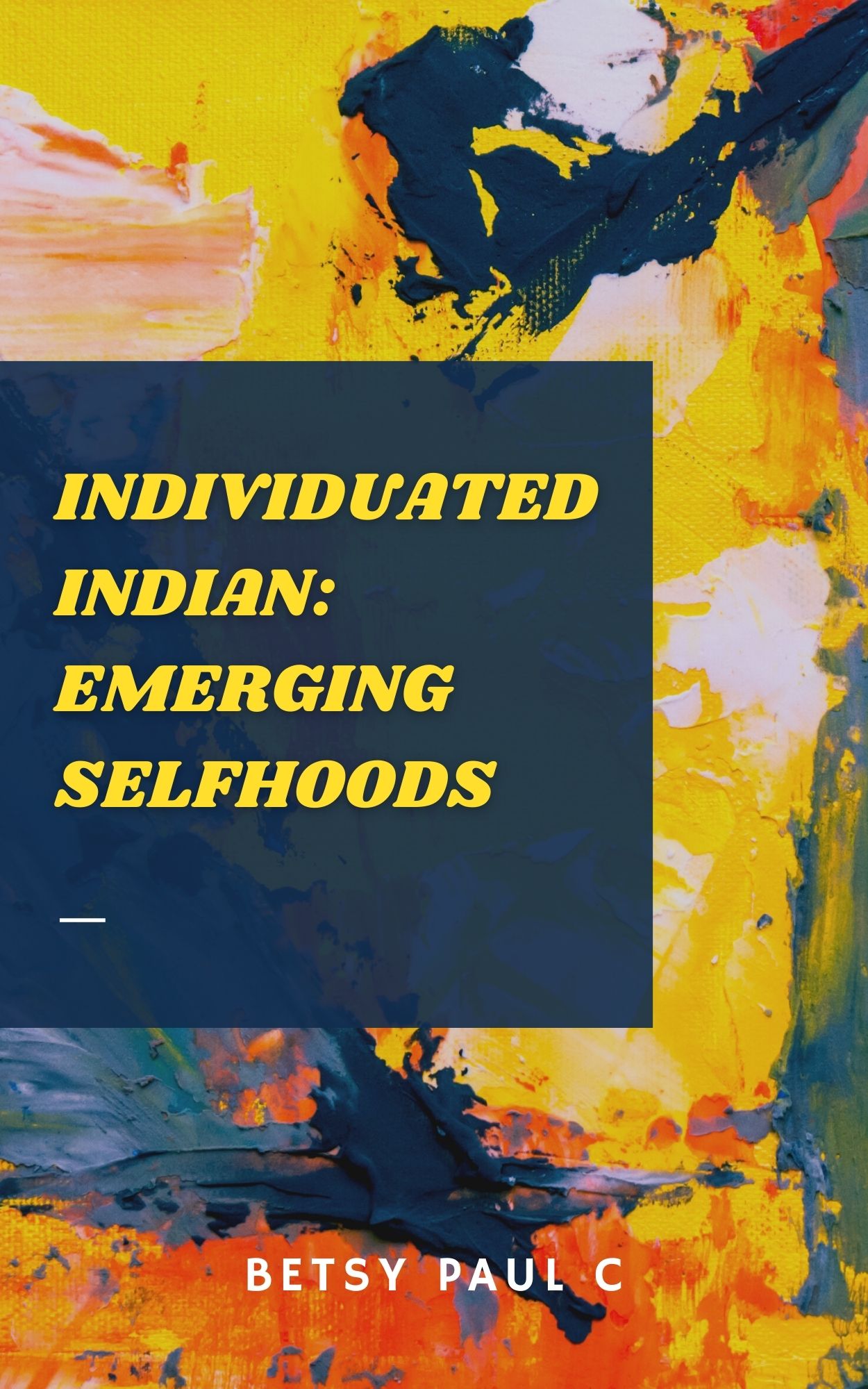 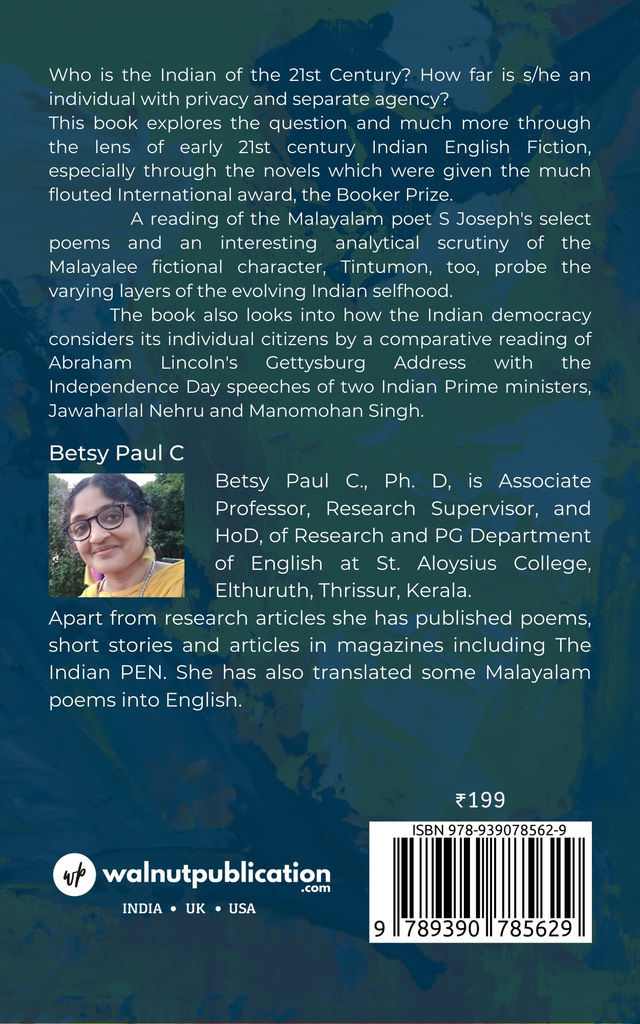 Who is the Indian of the 21st Century? How far is s/he an individual with privacy and separate agency?

This book explores the question and much more through the lens of early 21st century Indian English Fiction, especially through the novels which were given the much flouted International award, the Booker Prize.

A reading of the Malayalam poet S Joseph's select poems and an interesting analytical scrutiny of the Malayalee fictional character, Tintumon, too, probe the varying layers of the evolving Indian selfhood.

The book also looks into how the Indian democracy considers its individual citizens by a comparative reading of Abraham Lincoln's Gettysburg Address with the Independence Day speeches of two Indian Prime ministers, Jawaharlal Nehru and Manomohan Singh. 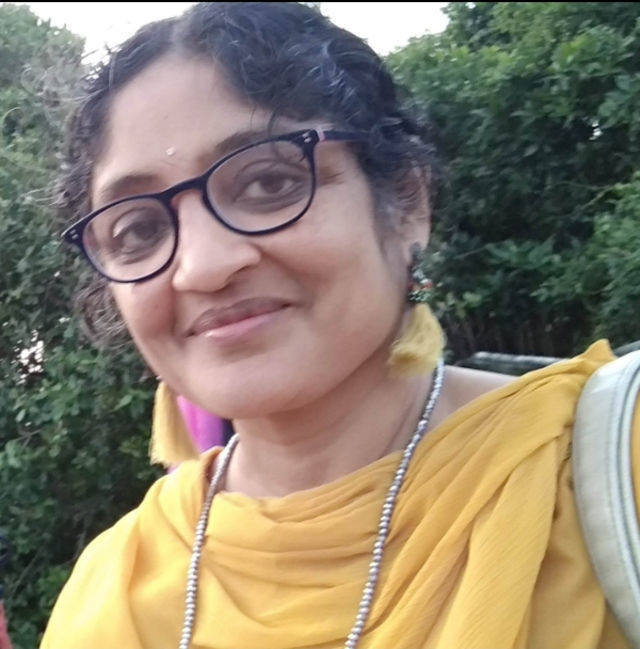 Betsy Paul C., Ph. D, is Associate Professor, Research Supervisor, and HoD of Research and PG Department of English at St. Aloysius College, Elthuruth, Thrissur, Kerala. Apart from research articles she has published poems, short stories and articles in magazines including The Indian PEN. She has also translated some Malayalam poems into English. She aspires to facilitate a pluralistic society whose individuals are empathetic to care, informed to be able to help, and, intellectually aware to see the larger picture spanning through ages and geographical locations. 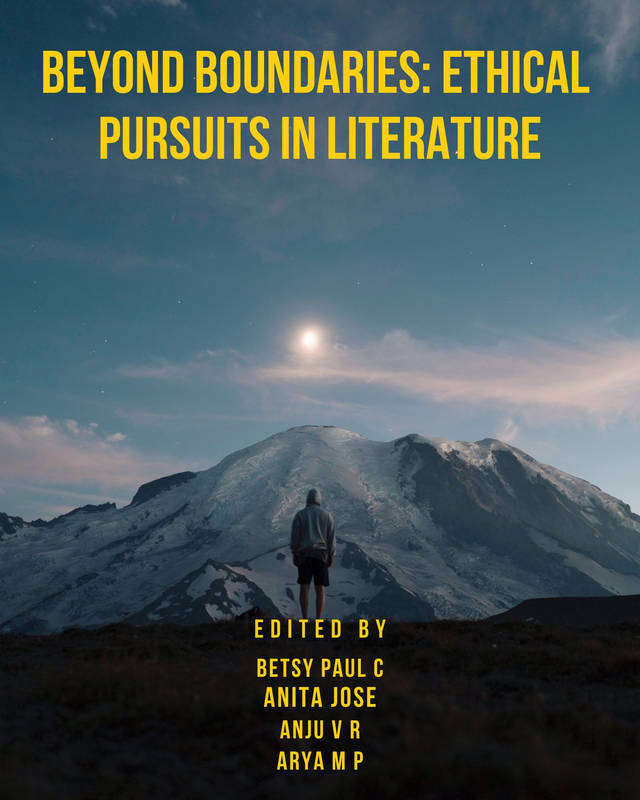