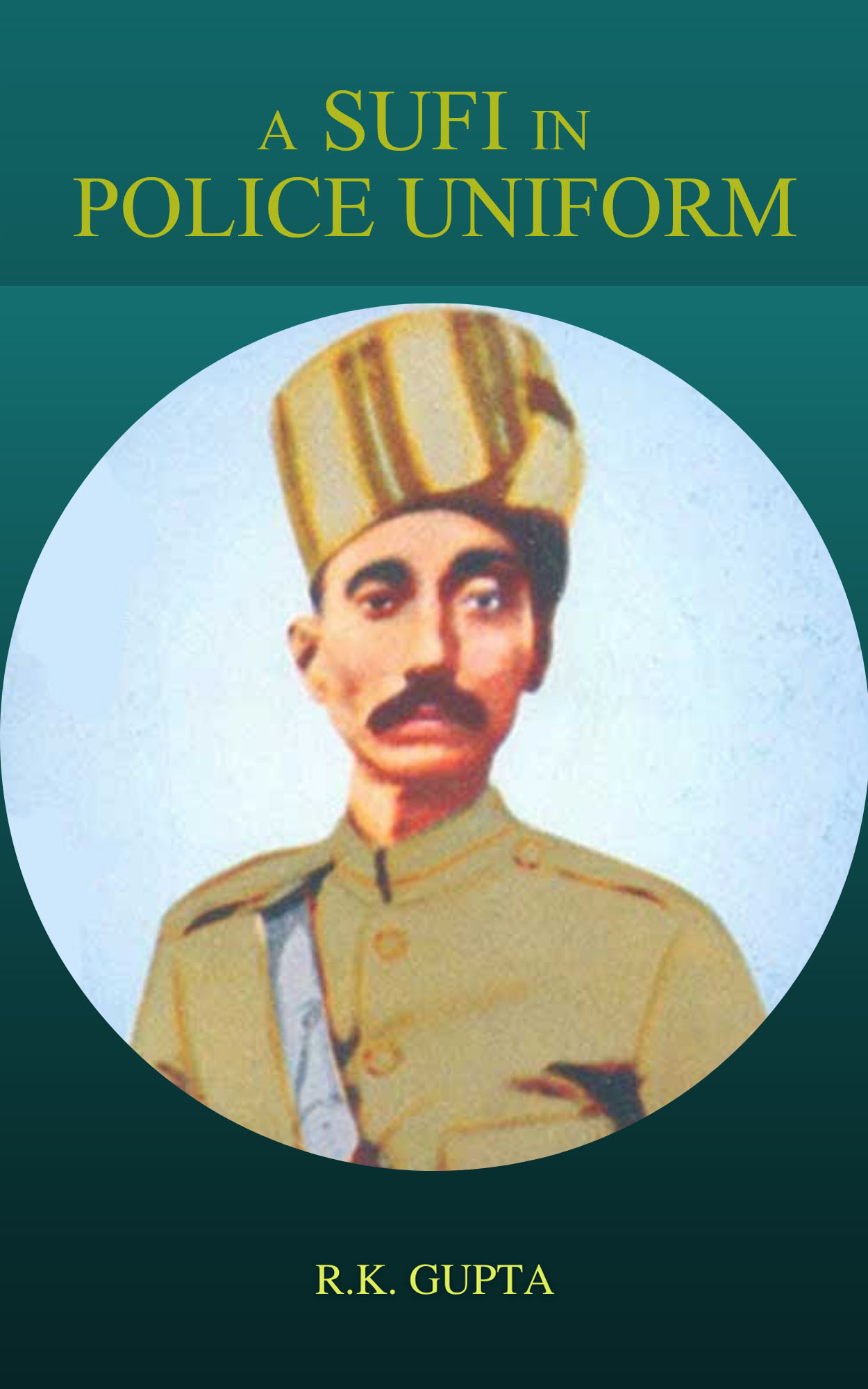 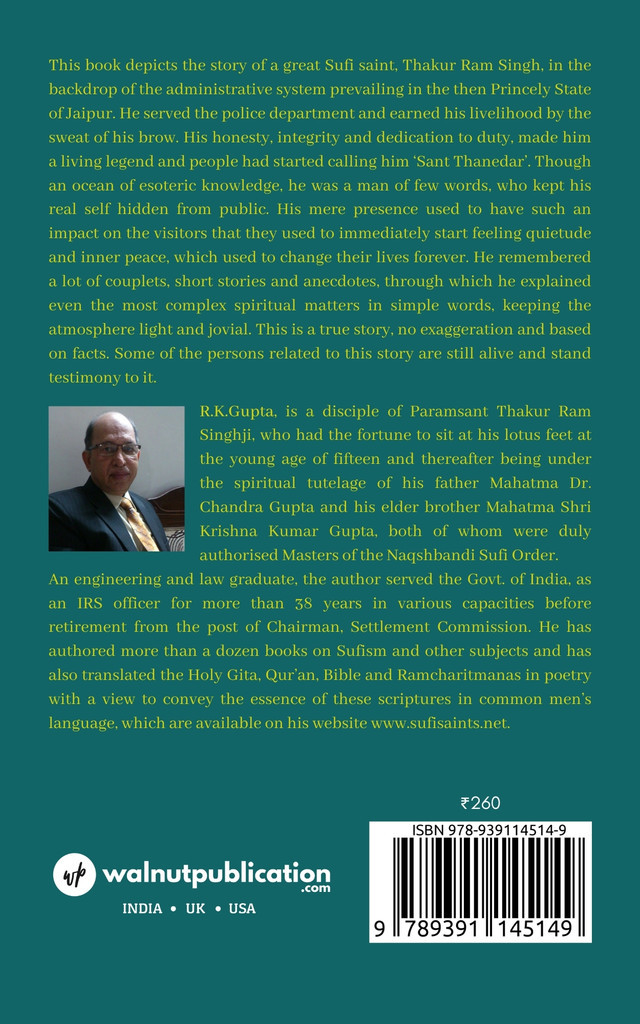 A Sufi in Police Uniform

This book depicts the story of a great Sufi saint, Thakur Ram Singh, who served the police department and earned his livelihood by the sweat of his brow. Because of his honesty, integrity and dedication to his duty, Thakur Ram Singh had become a living legend and people had started calling him ‘Sant Thanedar’. Leave aside accepting bribe he did not even drink water from a well without paying for it. This is a true story, no exaggeration and based on facts. Some of the persons related to this story are still alive and stand testimony to it. The story also gives a glimpse of the administrative system prevailing in the then Princely State of Jaipur and of the lives of some of its renowned citizens.

Thakur Ram Singh was an accomplished Sufi saint and an ocean of esoteric knowledge but he kept himself hidden from the public. He was a man of few words, who did not believe in preaching but his mere presence had such an impact on the visitors that they used to immediately start feeling quietude and inner peace, which used to change their lives. Thakur Ram Singh remembered a lot of couplets, short stories and anecdotes, which he narrated fluently in Hindi, Marwari, Urdu or Persian, explaining even the most complex spiritual matters through them and kept the atmosphere light and jovial. 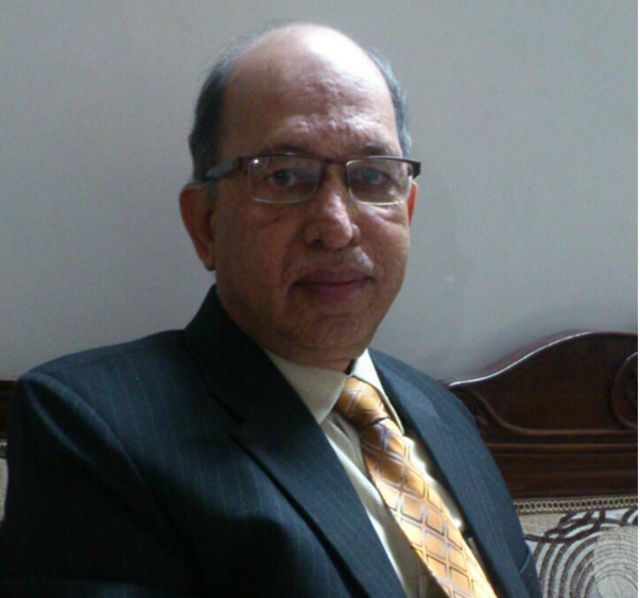 R.K.Gupta, is a disciple of Paramsant Thakur Ram Singhji, who was a family man and a disciple of Mahatma Shri Ramchandraji Maharaj (Janab Lalaji Maharaj), who was the first non-Muslim, duly authorised Sufi saint of the Naqshbandi Order. Thakur Ram Singh was a Sufi saint par-excellence, who used to be so absorbed in the remembrance of his Master that at times he would forget even his own name.

The author had the fortune to sit at his lotus feet at the young age of fifteen and thereafter being under the spiritual tutelage of his father Mahatma Dr. Chandra Gupta and his elder brother Mahatma Shri Krishna Kumar Gupta, both of whom were duly authorised Masters of the Naqshbandi Sufi Order.

An engineering and law graduate, the author joined the Indian Revenue Service in 1974 and retired as the Chairman of the Settlement Commission (Customs & Central Excise) in 2012. He has authored various books on Sufism and other subjects and has also translated the Holy Gita, Qur’an, Bible and Ramcharitmanas in poetry with a view to convey the essence of these scriptures in common men’s language, which are available on his website www.sufisaints.net.