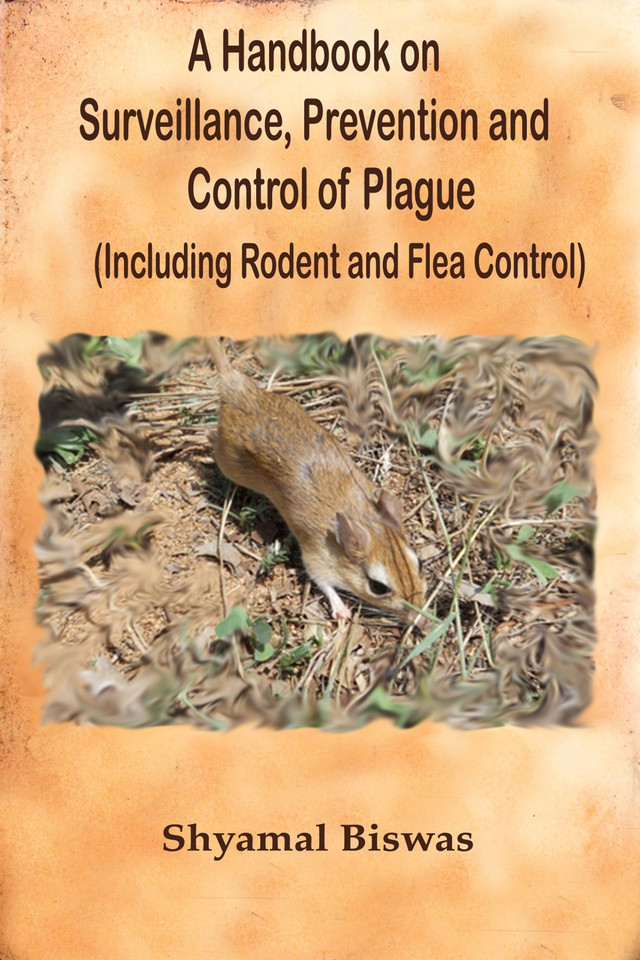 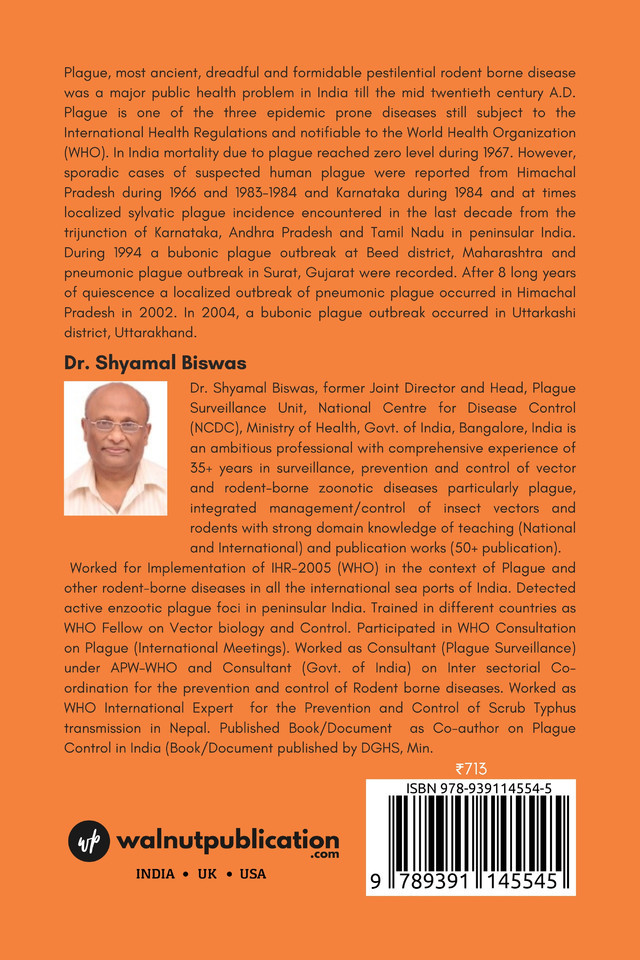 A Handbook on Surveillance, Prevention and Control of Plague (Including Rodent and Flea Control)

Plague, most ancient, dreadful and formidable pestilential rodent borne disease was a major public health problem in India till the mid twentieth century A.D. Plague is one of the three epidemic prone diseases still subject to the International Health Regulations and notifiable to the World Health Organization (WHO). In India mortality due to plague reached zero level during 1967. However, sporadic cases of suspected human plague were reported from Himachal Pradesh during 1966 and 1983-1984 and Karnataka during 1984 and at times localized sylvatic plague incidence encountered in the last decade from the trijunction of Karnataka, Andhra Pradesh and Tamil Nadu in peninsular India. During 1994 a bubonic plague outbreak at Beed district, Maharashtra and pneumonic plague outbreak in Surat, Gujarat were recorded. After 8 long years of quiescence a localized outbreak of pneumonic plague occurred in Himachal Pradesh in 2002. In 2004, a bubonic plague outbreak occurred in Uttarkashi district, Uttarakhand.

Scientists were in general opinion about the role of rodents and fleas in global transmission of plague, and the main means of dissemination carried by infected rats through the international trade routes. Rodents are the carriers of viral, rickettsial, nematode and bacterial diseases and are responsible for the transmission of more than 35 communicable diseases including Hanta viruses. In indirect transmission of diseases, rodents may serve as intermediate hosts for parasites that ultimately infect man and may serve as reservoirs of disease agents which may be picked up by arthropod vectors like fleas, ticks or mites and transmitted to humans through bites. In direct transmission, rodents may transmit the viruses by inhalation of aerosolized excreta, ingestion of excreta or by direct contact with the rodent itself and may directly transmit a pathogen to man through bite.

Plague continues to exist as a major public health problem in many countries of the world. In several countries plague has remained quiescent for years together before reappearing all of a sudden. The enzootic foci of plague in India is believed to be present in four groups of foci in northern, central, western and southern India. From 1989 to 1994 active zoonotic foci of plague were detected from the trijunction of Tamil Nadu (Krishnagiri district), Andhra Pradesh (Chittoor district) and Karnataka (Kolar and Bangalore rural district). As the sylvatic rodents live in wild and peri-domestic situations and maintain the natural transmission in enzootic foci for centuries together, eradication of the disease is highly impossible. Natural decline in plague incidence would not justify the conclusion that plague has disappeared from the area.

Plague is a re-emerging zoonotic disease. The number of human plague cases reported to W.H.O. by different countries was always lower than the actual number of cases. Under reporting may be attributed to lack of diagnostic facilities for the confirmation of the cases and cessation of plague surveillance work by number of erstwhile plague endemic countries.

The worldwide decline in plague incidence since the 1950s resulted in decreased financial support, lesser interest, and ultimately the deterioration of laboratory-based surveillance systems in many endemic countries in the world. The lack of continuous baseline data on plague surveillance may result in an undetected sudden increase of bubonic/pneumonic cases in an enzootic/endemic foci of the world, or re-emerging of the disease. Since the beginning of the 1990s, the number of plague cases shows rising trend worldwide, and outbreaks are reappearing in various countries of the world after decades of quiescence.

Plague can re-emerge, vaccination is useless and mass killing of rodents is not the solution for the eradication of the disease. According to the World Health Organization (WHO), global incidence of human plague was the lowest reported in 30 years, and the actual incidence was probably little different. However, we should be extremely vigilant as it is not uncommon to observe the long years of quiescence in natural plague foci, and the sudden appearance of human cases is always destabilizing for national or even international authorities. A plague outbreak may also cause widespread panic, as occurred in India in 1994 when a relatively small outbreak, with 54 deaths, was reported in the city of Surat. This led to a nationwide collapse in tourism and trade, with an estimated cost of US$600 million.

Despite major advances in diagnosis, treatment, and prevention, it has not been possible to eradicate plague. Due to the high public health significance and the risk of its re-emergence after long years of quiescence, plague should not be relegated to the sidelines. It remains a poorly understood threat that we cannot afford to ignore. Potential new foci should be confirmed and investigated, with special attention to harbours with international trade.

Dr. Shyamal Biswas, former Joint Director and Head, Plague Surveillance Unit, National Centre for Disease Control (NCDC), Ministry of Health, Govt. of India, Bangalore, India is an ambitious professional with comprehensive experience of 35+ years in surveillance, prevention and control of vector and rodent-borne zoonotic diseases particularly plague, integrated management/control of insect vectors and rodents with strong domain knowledge of teaching (National and International) and publication works (50+ publication). Worked for Implementation of IHR-2005 (WHO) in the context of Plague and other rodent-borne diseases in all the international sea ports of India. Detected active enzootic plague foci in peninsular India. Trained in different countries as WHO Fellow on Vector biology and Control. Participated in WHO Consultation on Plague (International Meetings). Worked as Consultant (Plague Surveillance) under APW-WHO and Consultant (Govt. of India) on Inter sectorial Co-ordination for the prevention and control of Rodent borne diseases. Worked as WHO International Expert for the Prevention and Control of Scrub Typhus transmission in Nepal. Published Book/Document as Co-author on Plague Control in India (Book/Document published by DGHS, Min. of Health & FW, Govt. of India) and Resource person for Operational Guidelines on Plague Surveillance, Diagnosis, Prevention and Control (Published by WHO). Published book on Bamboo Flowering and Rodent-borne diseases in NEH region, India. LAP LAMBERT Academic Publishing, Deutschland, Germany. Worked as member of the National Expert Committee on Rodent Control (Govt. of India).