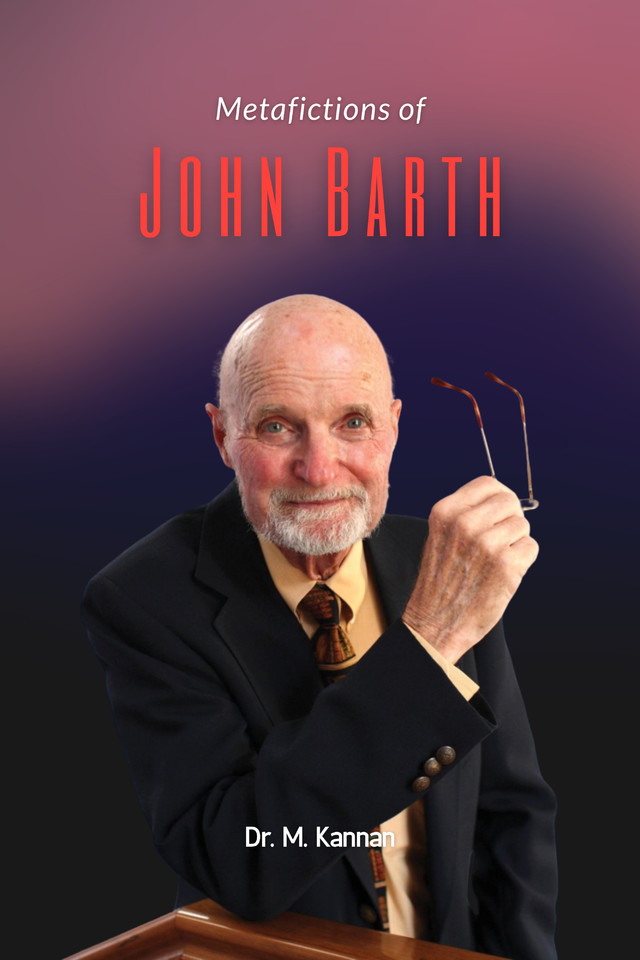 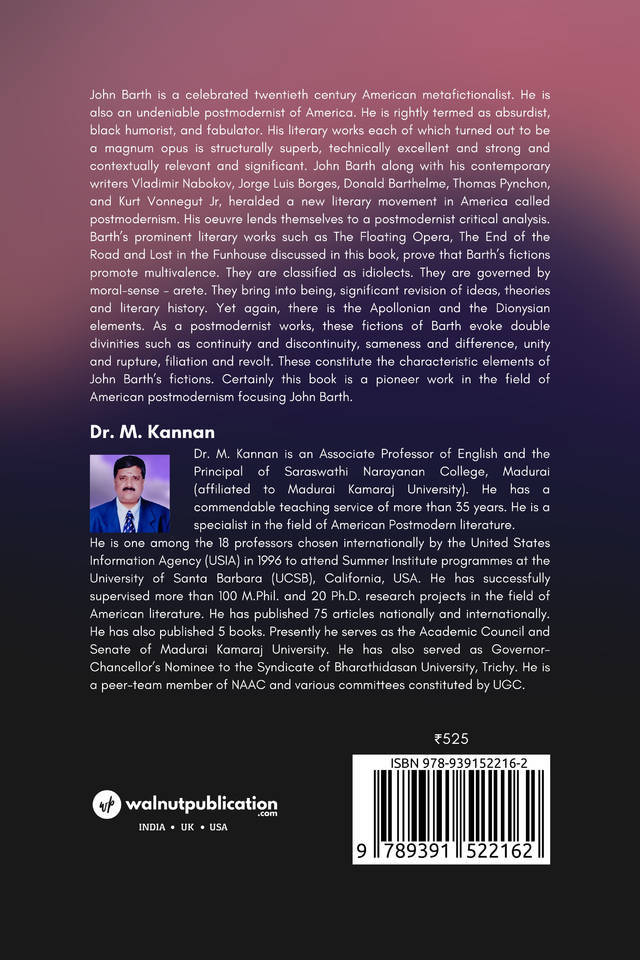 John Barth is a celebrated twentieth century American metafictionalist. He is also an undeniable postmodernist of America. He is rightly termed as absurdist, black humorist, and fabulator. His literary works each of which turned out to be a magnum opus is structurally superb, technically excellent and strong and contextually relevant and significant. John Barth along with his contemporary writers Vladimir Nabokov, Jorge Luis Borges, Donald Barthelme, Thomas Pynchon, and Kurt Vonnegut Jr, heralded a new literary movement in America called postmodernism. His oeuvre lends themselves to a postmodernist critical analysis. Barth’s prominent literary works such as The Floating Opera, The End of the Road and Lost in the Funhouse discussed in this book, prove that Barth’s fictions promote multivalence. They are classified as idiolects. They are governed by moral-sense – arete. They bring into being, significant revision of ideas, theories and literary history. Yet again, there is the Apollonian and the Dionysian elements. As a postmodernist works, these fictions of Barth evoke double divinities such as continuity and discontinuity, sameness and difference, unity and rupture, filiation and revolt. These constitute the characteristic elements of John Barth’s fictions. Certainly this book is a pioneer work in the field of American postmodernism focusing John Barth. 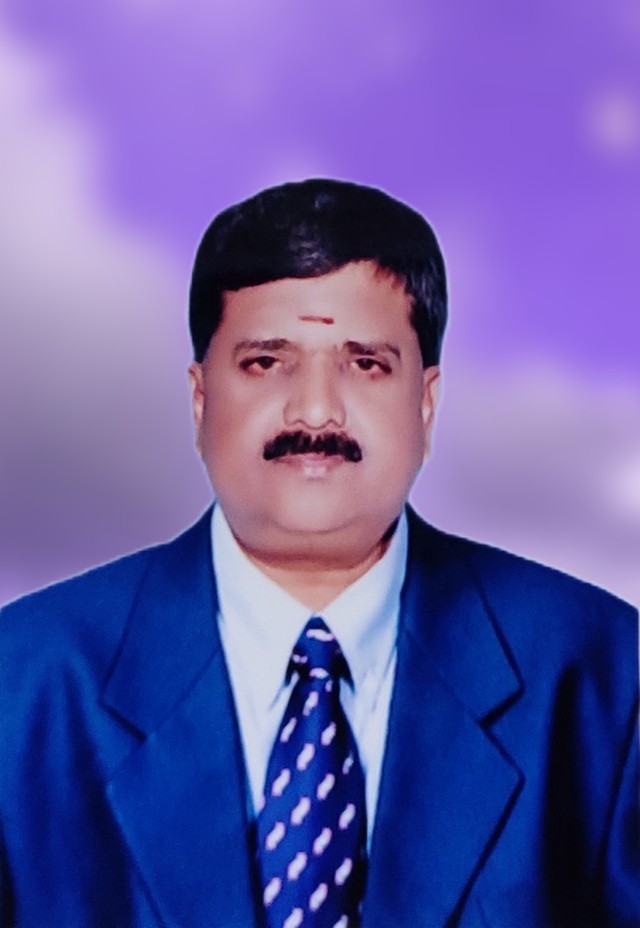 Dr. M. Kannan is an Associate Professor of English and the Principal of Saraswathi Narayanan College, Madurai (affiliated to Madurai Kamaraj University). He has a commendable teaching service of more than 35 years. He is a specialist in the field of American Postmodern literature. He is one among the 18 professors chosen internationally by the United States Information Agency (USIA) in 1996 to attend Summer Institute programmes at the University of Santa Barbara (UCSB), California, USA. He has successfully supervised more than 100 M.Phil. and 20 Ph.D. research projects in the field of American literature. He has published 75 articles nationally and internationally. He has also published 5 books. Presently he serves as the Academic Council and Senate of Madurai Kamaraj University. He has also served as Governor-Chancellor’s Nominee to the Syndicate of Bharathidasan University, Trichy. He is a peer-team member of NAAC and various committees constituted by UGC.